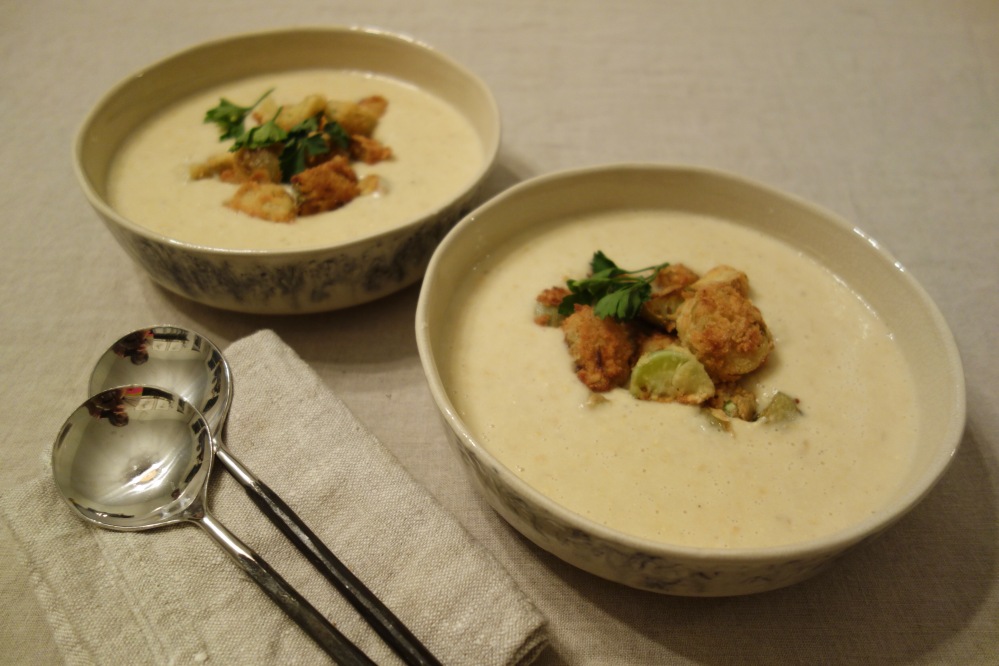 The weather has finally turned on us, and the nights fell below freezing. I begrudgingly went to gather all of the tomatoes off of my monster tomato plant. 130 or so green tomatoes were gathered into my largest 16 inch platter before the frost turned them to mush.

What do I do with so many green tomatoes? A few had a bit of color, so I will wait and hope that they turn, but the rest? Looks like it is time for soups, chutneys, and fried green tomatoes.

Today, I wanted to make some fried green tomatoes, but figured the acidic baby tomatoes would be a great topping for a sweet corn velouté. A velouté is a French term meaning velvet. It refers to soups that are thickened with butter and cream and eggs. I have made a Celery and Asparagus Veloutés with Bacon Croutons, both are Nico’s favorite soups. My friend Anwar handed me 8 ears of corn earlier this week, which felt like a rarity for the season, I decided they would make a perfect velvety soup! In this iteration, I thicken the soup with cream, potatoes, and a bit of duck fat to pair with the Fried Green Tomatoes which are fried in duck fat.

I like to boil the corn husks for a while in some water and combine that with chicken broth concentrate, I find the combination gives more flavor to the soup than chicken broth alone. 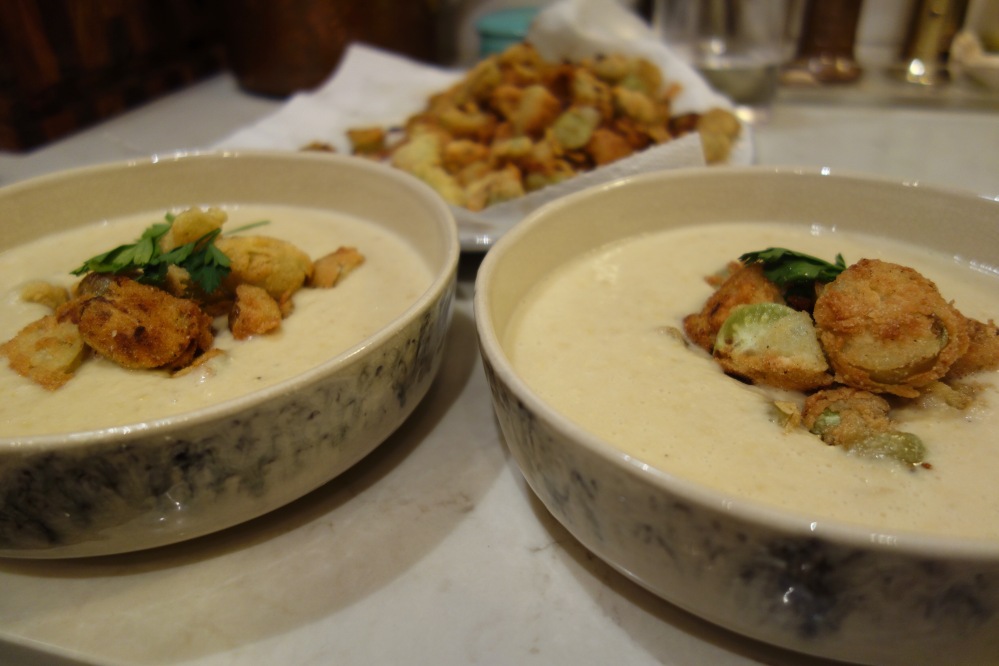 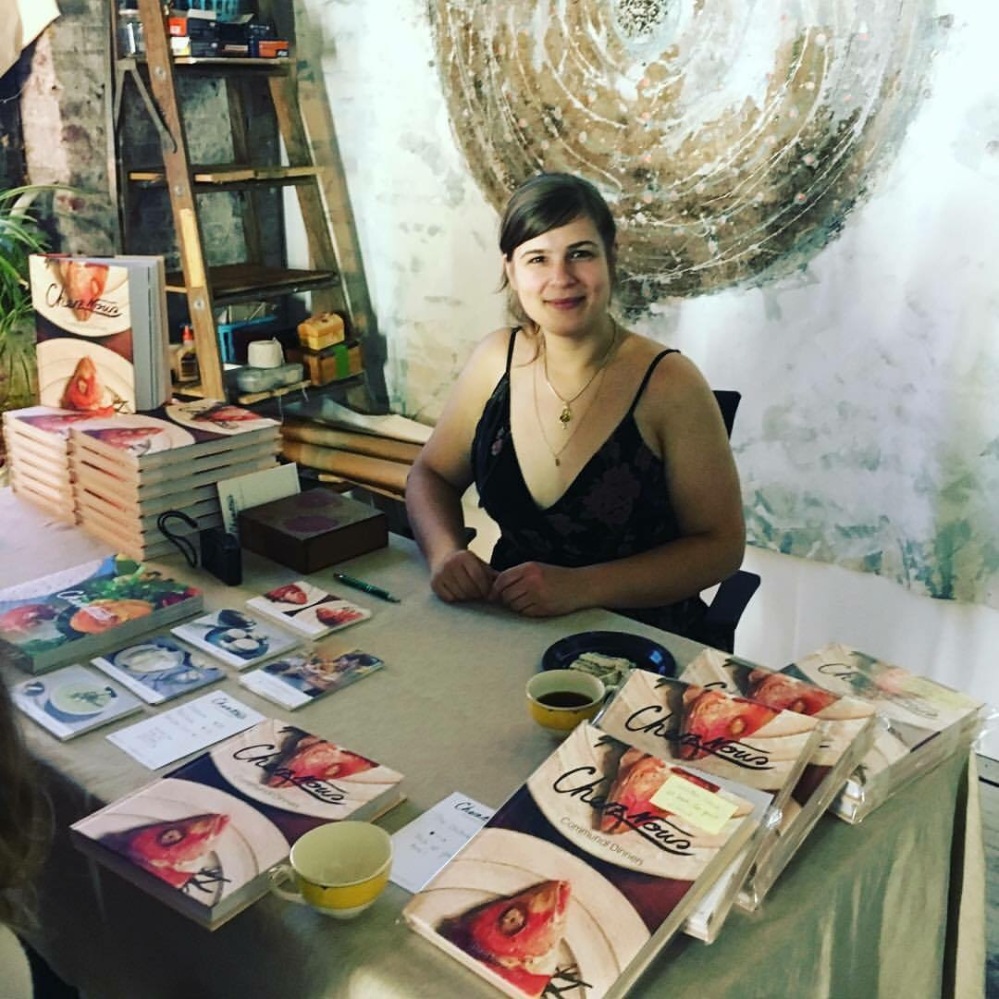