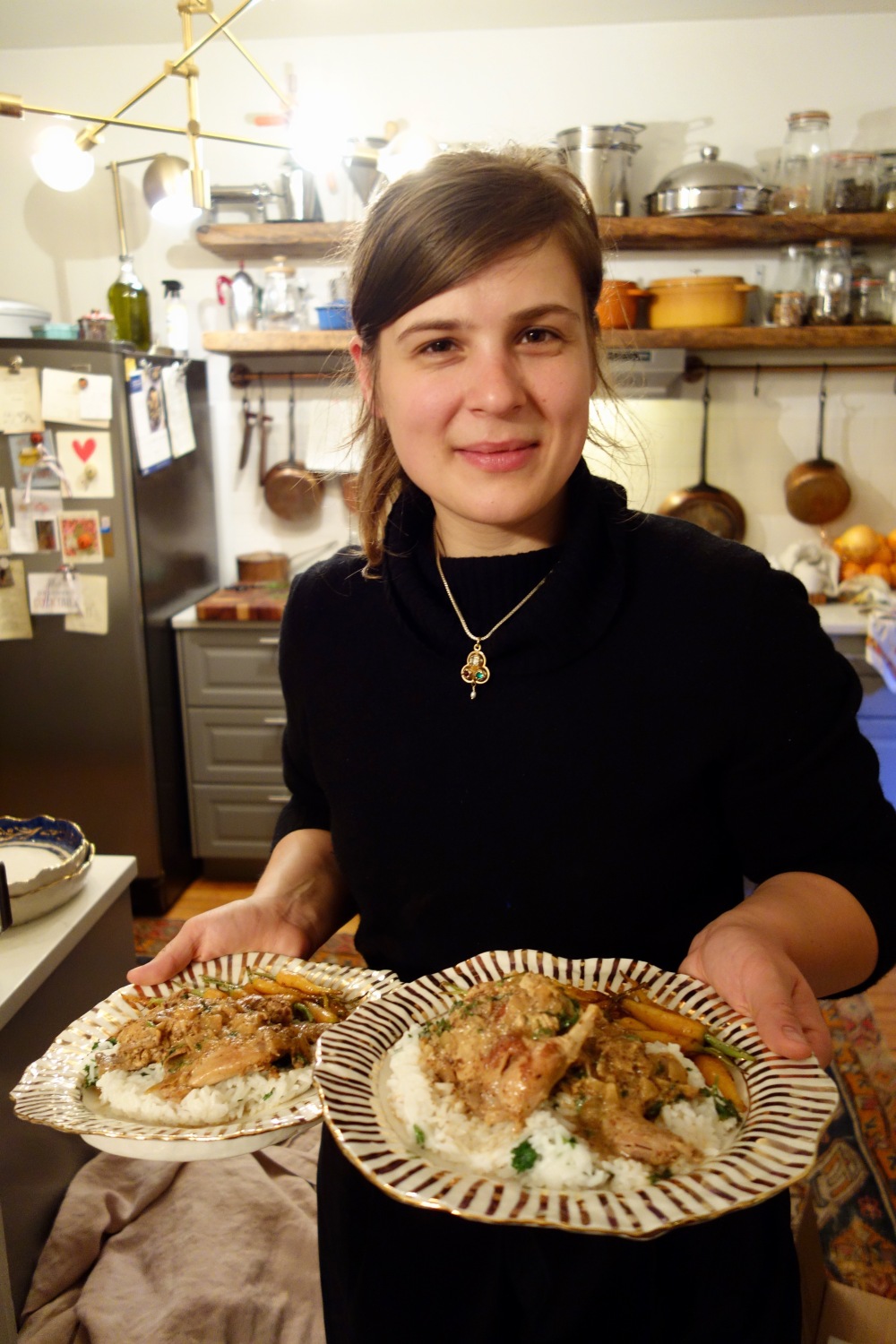 This recipe is very special to us here at Chez Nous. You see, on our first date, Nico and I decided to get together and cook a rabbit (it’s not weird that that was our first date…we knew each other before, calm down). Rabbit in Mustard Sauce is his dad’s favorite way to cook it, he told me, but the last time he was in charge he burned the rabbit. I decided that we should try our own version of Lapin a la Moutarde. We looked up several recipes and decided on something. The flavor was great, but the meat ended up a little tough, we weren’t very experienced in cooking rabbit. The date went over well anyway. 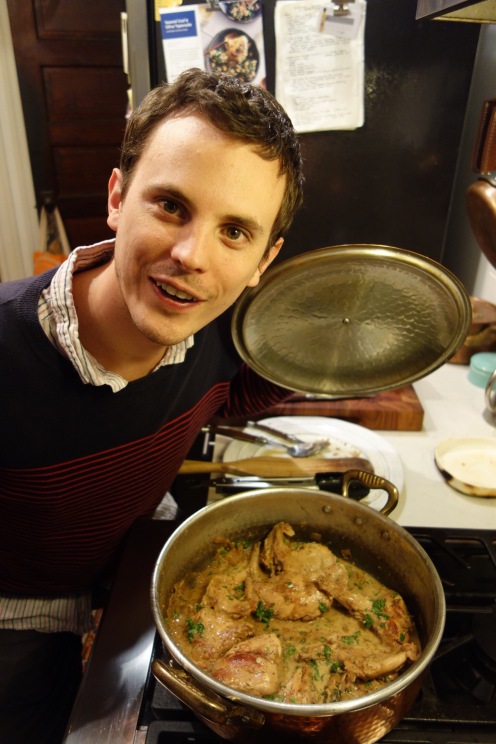 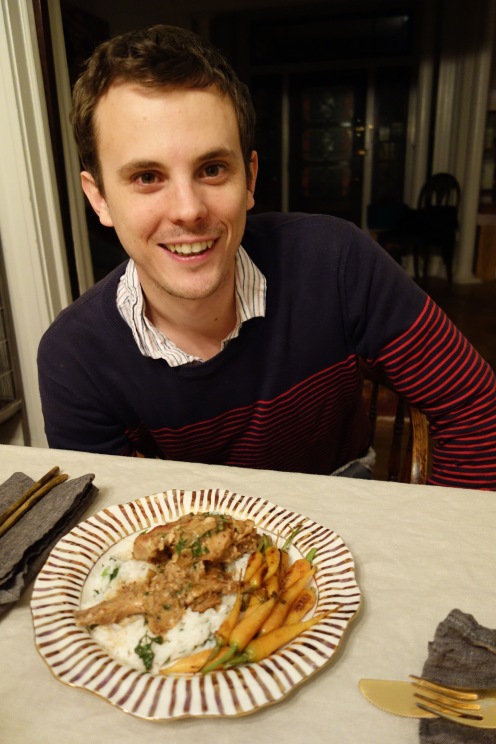 A few weeks ago, on our 3rd year anniversary, we decided to cook the meal again. I looked through my recipe books, and found the original recipe we created, it was on one of the first pages in our Chez Nous Dinners prototype actually. I decided to improve the dish. We added more liquid, changed up the flavor a bit and allowed the rabbit to stew for longer, and the results were quite perfect.

Today, I present to you our new 3 year anniversary Rabbit in Mustard Sauce! 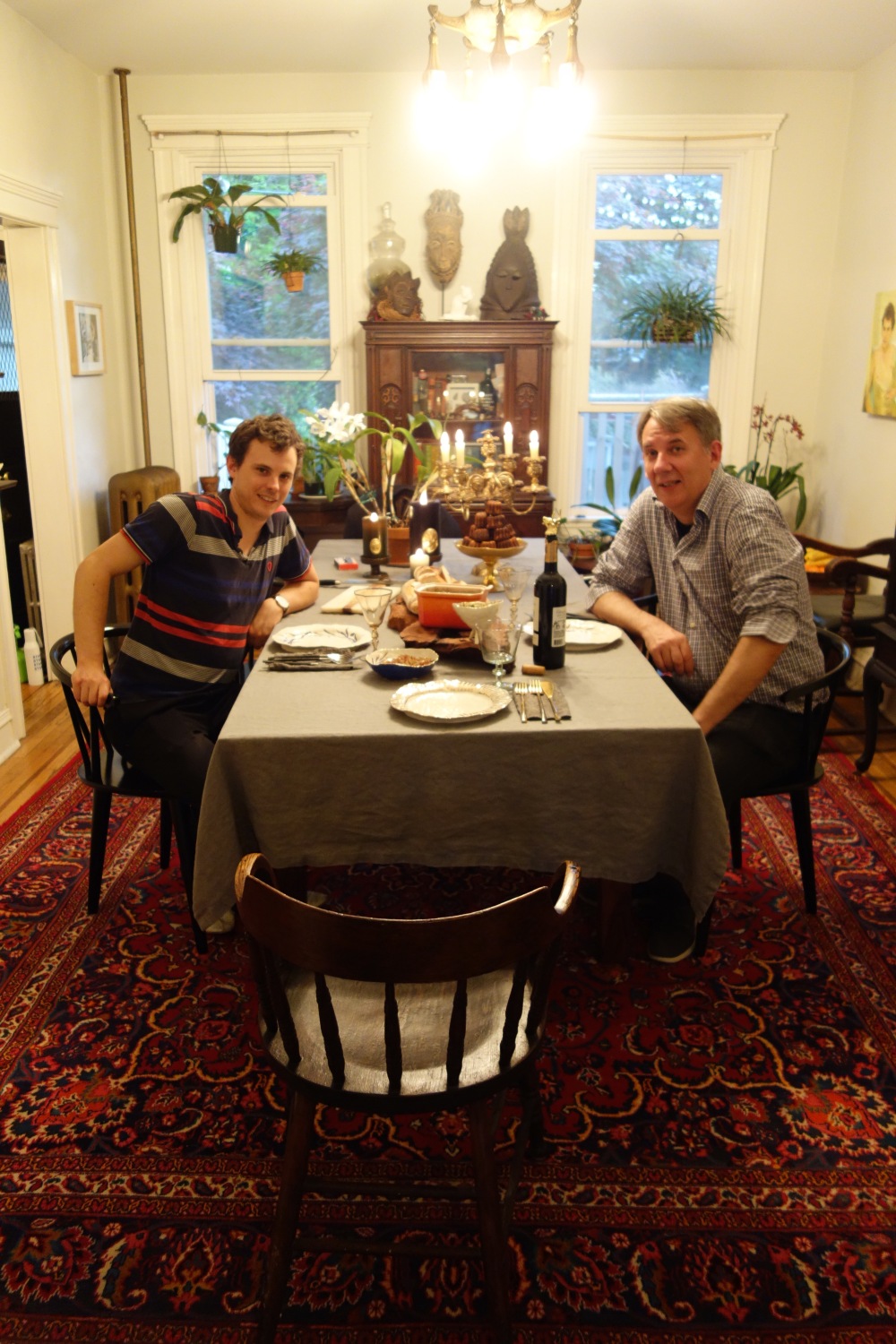 Nico’s mentor is in town from France and had us over for a Guinea Fowl meal. It was delicious! We had to return the favor. So before sending him back to France, Nico and I decided to host him for a rather French meal.  To start our meal, we served a Terrine. I traditionally serve a Duck and Apricot Terrine, but decided to change it up a bit and served an Pork and Persimmon Terrine today. The star of the meal was our beautiful Lapin a la Moutarde (Rabbit in Mustard Sauce).  I paired the rabbit with a Leek and Creme Sauce Pasta (homemade pasta of course!) and Heirloom Carrots glazed in Honey and White Wine. Stay tuned for all of these recipes later in the week!

We finished with my favorite dessert to make, the Cannelés Bordelais. 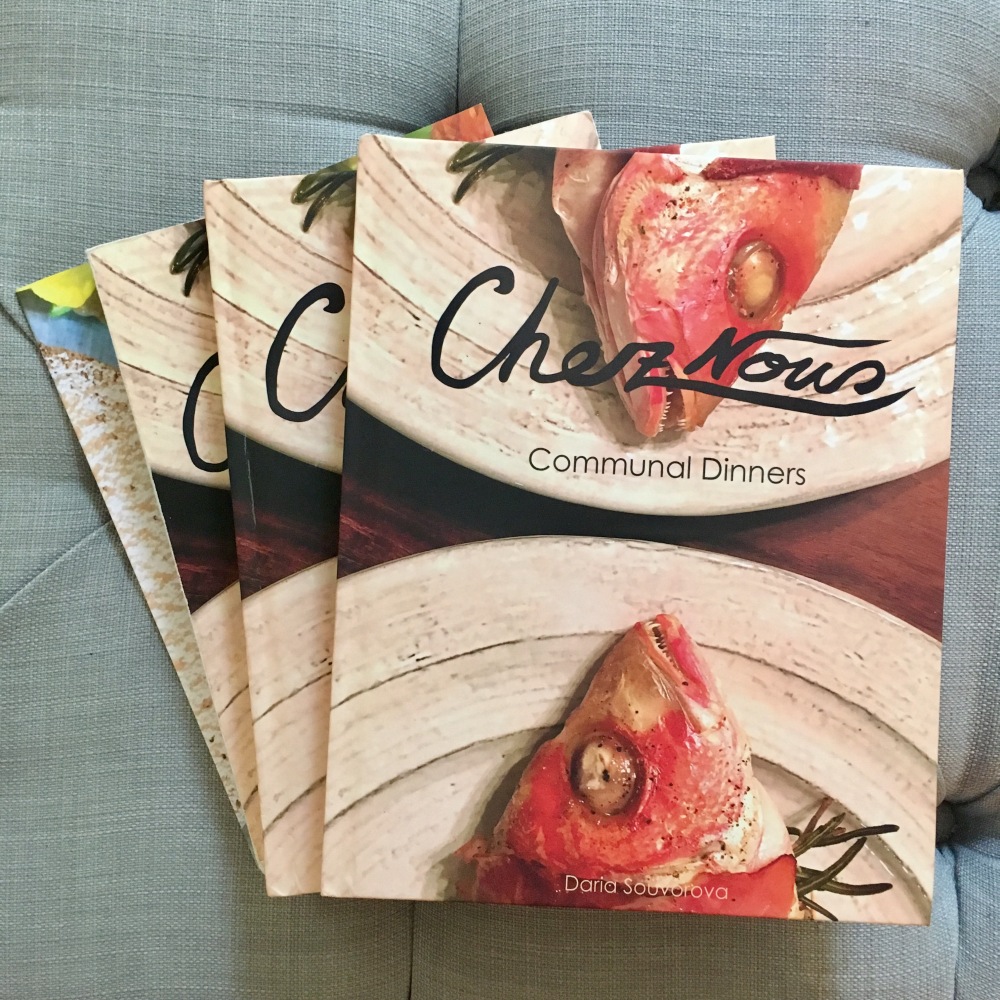