This dish became much simpler to make when I realized that I could buy almond milk instead of boiling, grinding, and straining almonds for hours on end. I am very grateful to the vegans at this moment! This simple dessert is amazing and delicious both warm and cold. Traditionally, I read it is served in one large. communal bowl, and everyone gets a spoon to eat from the single bowl. With a group of 20, I figured we could use our own plates for efficiency.

The complexity of the dish is heightened through the mixture of whole milk and almond milk and the addition of cinnamon and orange blossom water. The scent itself was so enchanting that I sneaked a bowl the night before while I was cooking it. 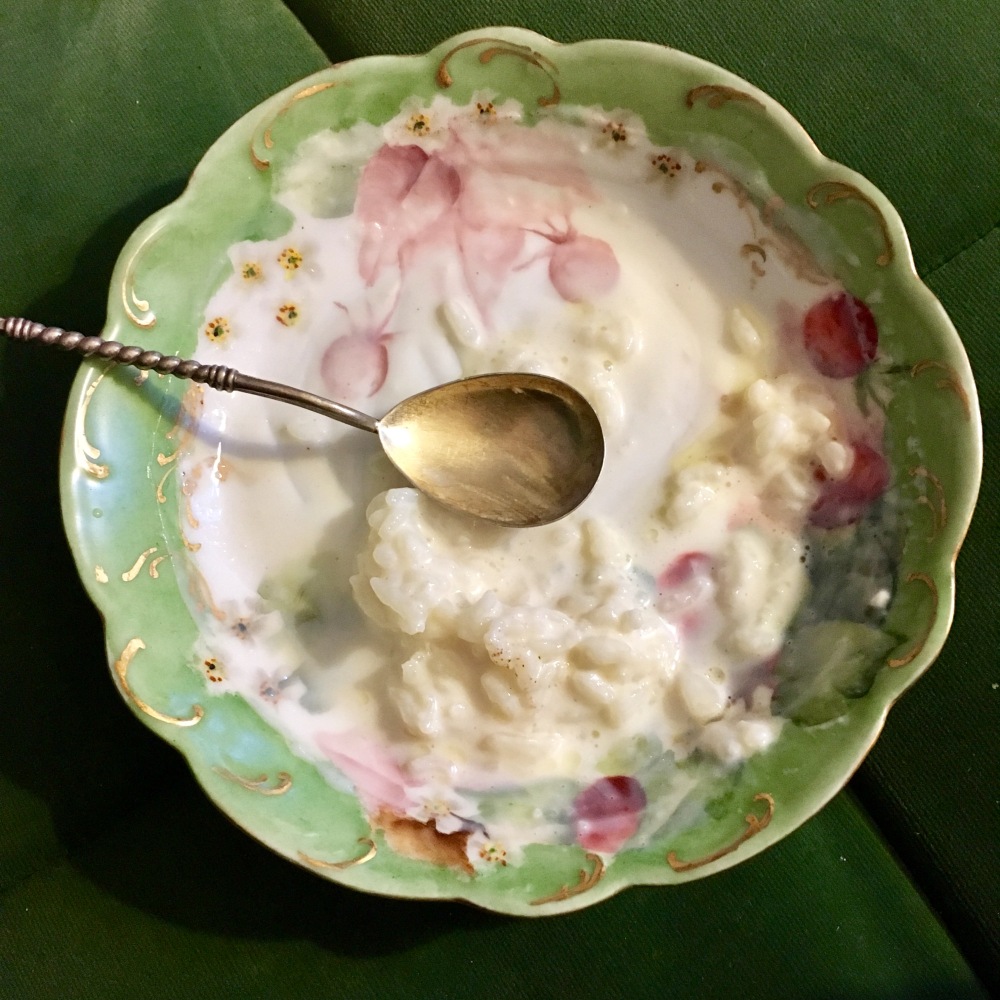 This dish can be made several days ahead and reheated. It microwaves surprisingly well (don’t tell anyone I microwave sometimes…) It will last at least 4 days in the fridge, we haven’t had any left over for more than 4 days!

We served this dish alongside a large bowl of fruit and the quintessential Moroccan dessert M-hanncha, the Almond Snake.

FIND ALL OF OUR MOROCCAN DINNER RECIPES HERE! 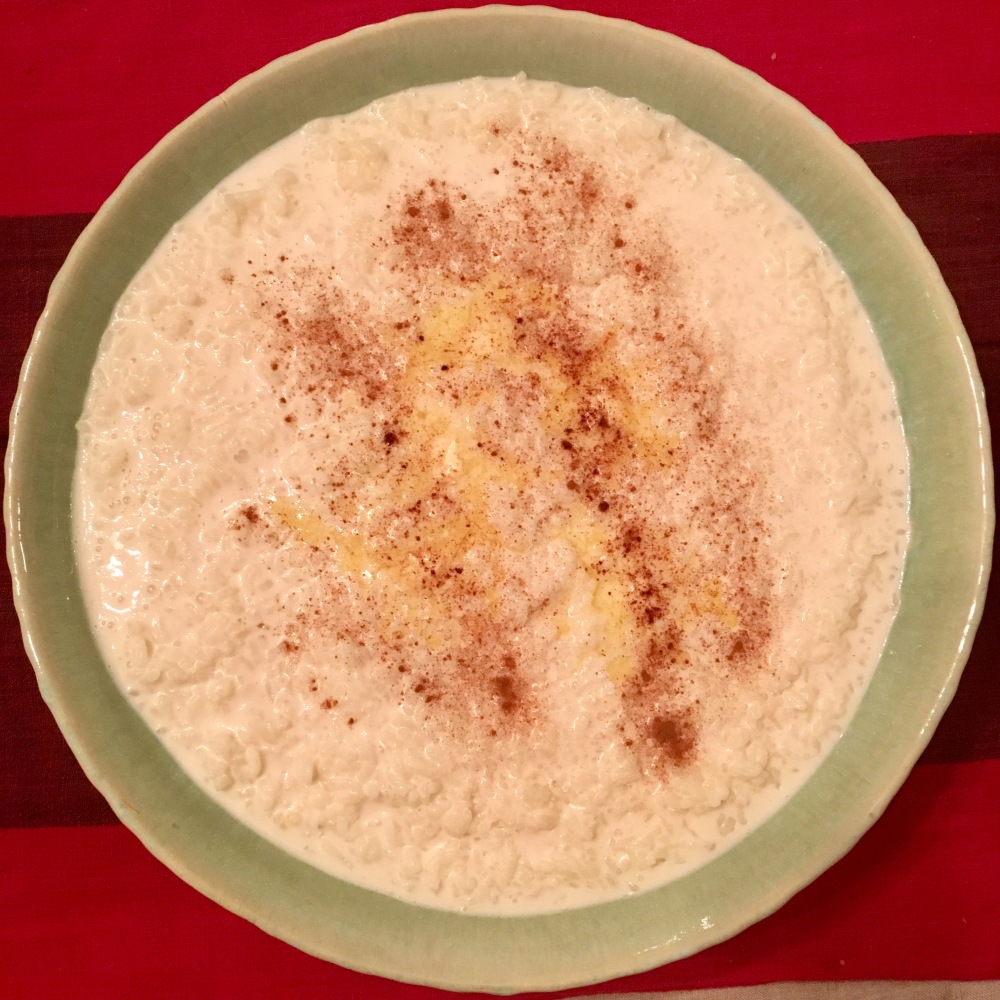